Richard Pidgley is married to Lynne, has two adult sons and two super cute grandsons. Richard is an AoG minister who leads Millpool Hill Church in Birmingham U.K. Richard has an MA in missional leadership and loves to teach the Word of God. He also loves early morning trail running.


I jumped out of bed at 6 am and was going to run around the circumference of three local lakes ( that I have mentioned before in a prior article).
I had a nice 10k in mind and was hoping to run the distance in under an hour.

That morning, it was dark and cold, and I quickly noticed the glistening frost on the grass and the slippery layer of ice that had formed over the pavements and road.
I parked near the lakes and checked my kit – Garmin switched on, mobile phone secure in my armband, head torch switched on…
The powerful beam from my torch looked diminished and didn’t appear to cut through the inky black darkness as usual, but I was at the beginning of the trail and ready to run, and so I thought it would be ok to risk it and set off anyway.

One kilometre into the lakeside trail and I was warming up nicely despite the freezing conditions around the lakes.
However, my head torch was not working as it should and visibility was becoming difficult.
Around 2 kilometres into my 10K run, I came to the end of a newly laid path that merged with the original trail filled with bulky, exposed roots like writhing serpents.
I knew it was going to be tough going forward.
There were also ice-bound craters ahead, brimming with mud and water, and that wouldn’t be easy to navigate around.
In previous runs, I had slipped carelessly into the icy pools several times, and hence drenching my feet!
Just as I was considering my options, the inevitable happened; My head torched failed and I was left in utter darkness!

To have continued the trail in those treacherous conditions, and so close to the edge of the deep-water would have been foolhardy.
And so after doing a dynamic risk assessment, I waited until my eyes acclimatised to the murky pre-dawn surroundings and walked slowly along the slippery path until I was able to join a single track road which would eventually lead me back to where I had parked my car.
Once on that road, I jogged back to my car, but I was already covered in freezing mud and my ankles were bleeding where I had been scratched whilst sliding into the sharp undergrowth hedging the dark trail.

God gives us wisdom – so use it!

If the path is dangerous, if there is wildlife that can harm you, if the neighbourhood has a threatening feel, then listen to the Holy Spirit – Stop!
We love to run, but taking unnecessary risks for vain glory is foolish and possibly sinful – do a dynamic risk assessment of your situation, and when your gut instinct alerts you to danger, don’t be afraid to call the run off.

So much for a glorious 10k.
There will be no triumphant Facebook posting on the group page, and instead, thoughts of failure filled my frustrated mind.

And then the words of Micah 7:8 (NIV) came to mind, ‘Do not gloat over me, my enemies! For though I fall, I will rise again.’

As I meditated on those words driving home, I laughed out loud.
Here I was feeling like I had failed in my run, but the truth was that I ran regularly and I would have conquered that 10K another day.
Today might not have worked out, but I would be back soon enough to achieve my goal.

If you have been missing your running targets or training sessions and if you feel like you are on the deck, don’t give up! Embody the words of Micah and say,

“I WILL RISE AGAIN!”

Of course, we will encounter failures at times in our running and other areas of our life.
It is at such times the ‘enemy’ will gloat over us, but let’s put it all in perspective – We may have had a bad day, but a bad day doesn’t make a bad life!
Remember that there is forgiveness with God and there is no failure that will ever separate us from God’s love.

There is No Separation from the love of God!

WE HAVE THE BEST LIFE IN JESUS

Here is the other thing.
My head torch failed because I had neglected to ensure it was charged up and ready for service.
I just assumed it was ok to use, but it wasn’t!
And as a result, my run failed because I was not properly prepared.

As Christian runners, we are to shine like lights in a dark world.
Like the heroes of the athletic world who run with the Olympic flame, we too must run for the King of Kings carrying the flame of the Holy Spirit’s anointing in our lives.
So let’s not assume that this will just happen because if we neglect our spiritual health like how I neglected the battery in my head torch, we would not receive the anointing we need from God to make a difference in this world.

Rather let us be like the five wise virgins in the parable who had their lamps full of oil and ready for the sudden coming of their beloved Bride Groom (Matthew 25).
The Bible commands us to be ‘full of the Holy Spirit and the good news is that Jesus said ‘How much more will the Father give the Spirit to those who ask Him (Eph 5:18).

Sure enough, a few days later with a recharged torch, I reclaimed the 10K…what about you, when are you going to recharge and get back out there?

← Prev: Life - A Run of Endurance Next: We are like Dandelions → 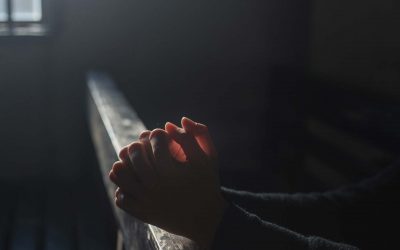 We all know to ask and to pray.
But when we do not receive answers fast enough, do we find ourselves asking “Pray for what?”.
Or if God already knows, then “A.S.K. for what?”
Even so, although we know to ask, do we know what to ask for? 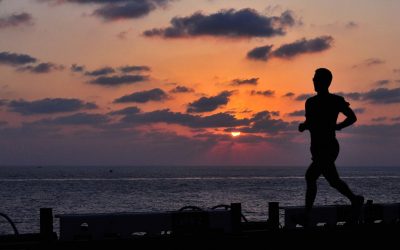 You can run at your pace and chat with God as and when you feel inspired to.
Do you know what’s better?
It’s ok when you’re digging deep, tackling a steep hill and your words are few, because God hears our heart. 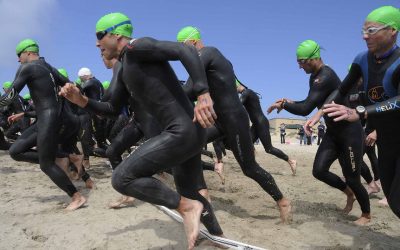 We are designed to worship Him all the way to the finish line by racing to the best of our ability and giving it our all.
In this race of life, we have one shot.
Knowing this, how are you going to run?